Obamacare Ruling and Denied Claims - What You Need to Know

A ruling by a federal judge in Texas has caused widespread debate throughout the country regarding the future of the Affordable Care Act. United States District Judge Reed O'Connor ruled that the ACA was no longer constitutional based on the repeal of the individual mandate by congress enacted in late 2017. His argument, which is the subject of a lot of dispute, is based on an interpretation of the Constitution that limits the powers of the federal government. While this should be considered an important ruling, it's not necessarily final. The case is expected to reach the Supreme Court, meaning the fate of millions of Americans and the healthcare providers that care for them is in question. 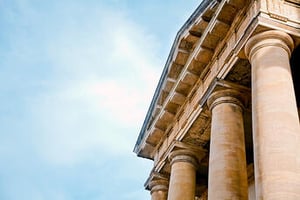 Why Obamacare Was Found Unconstitutional

In 2012, the Supreme Court ruled that the Affordable Care Act was constitutional in National Federation of Independent Business v. Sebelius, but the decision was very narrow. Republicans in congress, who hoped that the court would overturn the law, took matters into their own hands after the election of Donald Trump by repealing the tax penalty for not having health insurance, otherwise known as the individual mandate. Some have predicted that insurance companies would likely lose a lot of business as a result, removing the subsidized care for those with preexisting conditions. Without this fundamental basis for the law, according to Judge O'Connor, the entire legal reasoning supporting the ACA was gone.

Many legal experts believe that this ruling will be overturned and has no real legal basis. The lawsuit that brought this case to the Texas Federal Court was started by Republican governors and state attorneys general, and many believe the lawsuit was specifically targeted at a court that would make this particular ruling. Supporters of Obamacare have vowed to file appeals. They believe that if and when the lawsuit reaches the Supreme Court, the ACA will be upheld as it already has been several times.

The Affect on Individual Coverage

If Judge O'Connor's ruling on the ACA holds up through the Supreme Court, millions of Americans and thousands of healthcare providers will be affected. The ACA impacts a wide breadth of the healthcare industry and provides insurance for millions. The most important and popular aspects of the law, Medicaid expansion and coverage for patients with certain medical histories, would likely cause the most turmoil if overturned. No longer required to cover patients with preexisting conditions, insurances companies could potentially throw millions off their rolls, potentially leaving them without access to any care. Millions could also be taken off of state-run Medicaid programs as the federal funding for them terminates.

The overturn of ACA would not only affect millions of individuals, but the companies that provide their care as well. The law fundamentally changed the way CMS paid out claims for care provided by hospitals and home health care professionals. The current claims system emphasizes quality of outcomes for patients rather than an old way of doing things that minimized costs from treating uninsured patients. If the new claims system for receiving money from CMS disappears, there could be major problems in the revenue cycle for providers throughout the country.

Claims from private insurance companies could also fundamentally change due to the requirement for covering preexisting conditions disappearing. Not only could protections for people on the individual market disappear, but so too could regulations under HIPAA that protect people who receive employer-based coverage. Hospitals may have to go back to a mentality that focuses on reducing costs for the uninsured rather than providing the best possible care for all patients.

Individuals who benefit from the ACA and healthcare providers who receive claims based on the law shouldn't expect to see any change in the immediate future. While the Trump Administration says that they agree with the ruling, they will continue to enforce the ACA as the lawsuit makes its way through the court system. The case is likely to end up in the Supreme Court within the next few years. The Supreme Court decision will ultimately decide how Americans and providers will be affected. Based on previous precedent, many believe that the Texas decision will be reversed, but that is not a guarantee.

Both individuals and providers should prepare for the possibility that the ACA could be overturned, causing a big shakeup in the way all claims are handled. Some providers let third parties handle these kinds of problems for them by outsourcing their claims management while larger organizations may take a more internal approach. By staying up to date on the latest decisions, management can develop and implement effective strategies.